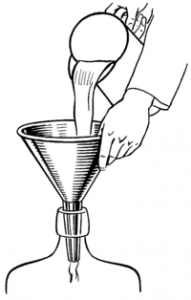 One can imagine a typical thinking process of the human being as a virtual funnel, the walls of which represent his consciousness (all systematized knowledge and experience), and water running along the inner walls of this funnel will represent a thinking process.

The cores of a thinking process during cognition of the World (in the broadest sense of this word) are one`s mind (brainpower) and reason (abilities to use accumulated ‘knowledge and experience’ in one’s activity). But after all, a person who thinks about something and who uses during thinking only own consciousness will never be able to complete creative tasks, since this process already requires abilities that are beyond his personal experience and knowledge, i.e. beyond his ‘funnel’, beyond his consciousness.

The standard algorithm of the brain functioning that is conventionally called “water logic” presupposes during thinking a constant interaction of one`s mind, reason and consciousness. The term “water logic” means that “water” running along the inner walls of a funnel will always fall into one and the same lower part of it in spite of various other ways for running. In other words, using only own experience and knowledge will always lead to one and the same result in thinking process in the furtherance of any tasks.

There are good reasons why people say that a well-posed question is already half an answer! To pose a question, people use their own accumulated knowledge and experience. But it isn`t enough for creative questions and for creative answers as well.

What are necessary to do for blustering way out of this virtual funnel, i.e. for finding another creative decision?

Many years ago, the theory of solving inventive problems and theory of the development of technical systems were developed exactly for these purposes. The author of these systems is Heinrich Saulovich Altshuller, a science fiction writer, scientist and inventor. These theories demonstrated for the first time that people can develop their inventive abilities, taking into account inventive experience of numerous predecessors, which was tabulated by Henrik Saulowicz on the ‘problem — solving method’ principle. This table also helped many inventors to bluster way out of their ‘funnels’, i.e. to bluster way out of using only their personal experience and knowledge.

What can an inventor do if the tables of Altshuller are not suitable for him, since using them is already impossible to solve inventive tasks in many new fields such as microbiology, quantum physics, research of artificial intelligence, etc.?

In this case, researchers can use the author`s hardware-software Fable Search Engine complex, the functioning principle of which was previously described in one of the articles of this blog. This complex is intended to assist the modern inventors in solving the creative tasks, using another knowledge that, as a rule, isn`t a part of their own consciousnesses (knowledge and experience they have accumulated).

Based on the previously developed functioning principle, the author created Fable Search Engine (FSE), which allows everyone to check this theory and to assure himself of its 100% working efficiency. The functioning principle of FSE is quite simple, but everyone should personally think about the main interaction principles between this engine and the human beings` Personalities. Using this approach, the principles of the Universe will not be defied.

Use your brain, your intelligence… put your brain to good use… think, reckon up in your head, ponder, contemplate, reason for a while, think over … and you will definitely understand the functioning principle of Fable Search Engine. If you don`t fully understand the functioning principle of FSE, then read this article once again from the very beginning. 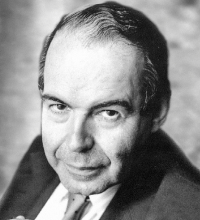 Тhe term “water logic” was introduced for the first time by Edward de Bono (the full name is Edward Charles Francis Publius de Bono, was born in Malta on 19 May 1933) is a Maltese physician, psychologist, expert in the field of creative thinking in the eponymously-named book “Water Logic” ISBN 985-483-634-7.  This book is the author`s researches that allow to look at people principles in a new light, and also at search of new principles (algorithms) for completing creative tasks.

FABLE SEARCH ENGINE is a tool for fable search, i.е. a tool for search information about processes and phenomena with their cause-and-effect relationship and chronological sequence that are based on the Creator`s (Developer`s) ideas and plot of his creation.