An amateur’s essay on the Universe …

Who are we? Where are we from? Where do we go?

A Human being, his Worlds, his Gods… 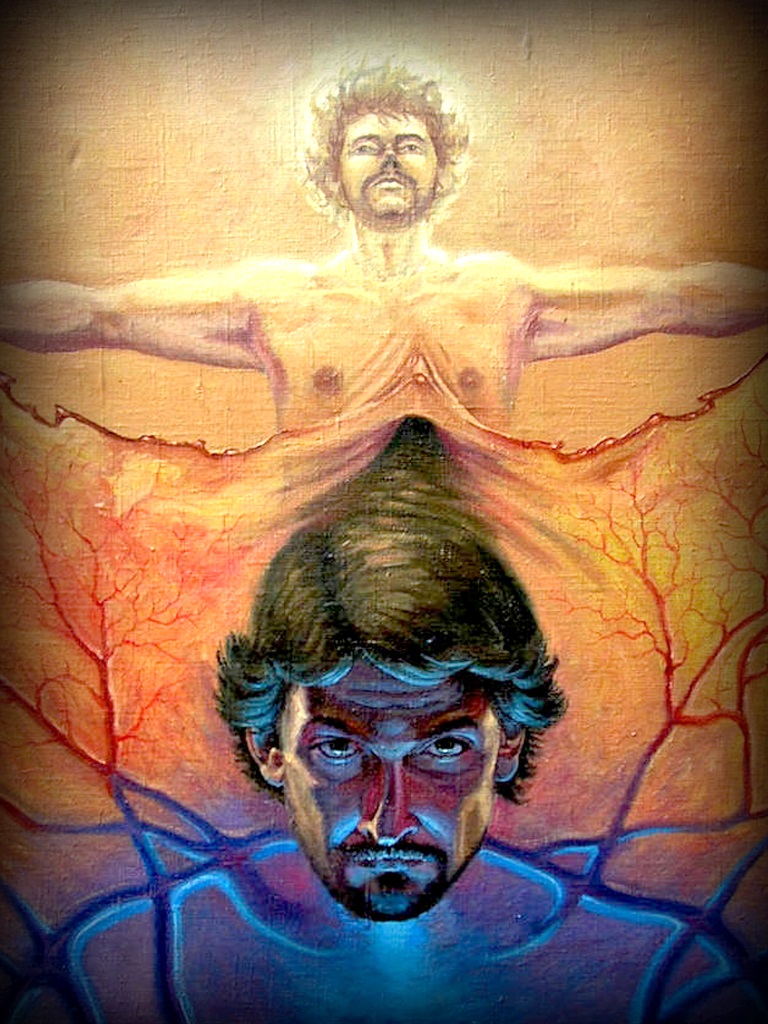 «Therefore I debated with myself for a long time whether to publish the volume which I wrote to prove the earth’s motion or rather to follow the example of the Pythagoreans and certain others, who used to transmit philosophy’s secrets only to kinsmen and friends, not in writing but by word of mouth...».
“On the Revolutions of the Heavenly Spheres”, Nicolaus Copernicus, 1543

«I will endeavour to recover what got lost by humankind in multitude of millenniums,
to find the philosopher’s stone it let drop.»

“Everything should be made as simple as possible, but no simpler.”
Albert Einstein

“My brain is only a receiver, in the Universe there is a core from which we obtain knowledge, strength and inspiration. I have not penetrated into the secrets of this core, but I know that it exists.”
Nikola Tesla

“Hence, in man’s analysis and understanding of himself, it is as well to know from whence he came as to know whither he is going.”
Edgar Cayce, Reading # 5753-1

The entire history of science actually is the history of changing paradigms, history of changing the arrangement of views and concepts accepted in a certain scientific community within a certain established scientific tradition during a certain period of time.  Within such a system of views and concepts Humankind develops throughout each particular period of time. The current paradigm shifts – and so does the direction, in which Humankind has been developing.

Today the time has come to change one more paradigm – understanding of the very notion of a HUMAN, as well as many other notions related to it.

Virtually all problems of the mankind have everything to do with the fact that humans do not know themselves and their place in the World (in the broadest sense of this word). Therefore, without having an answer to the question what exactly a “man”, or a “human being”, is, it is simply useless to “treat” “illnesses” which humans suffer from, invent devices that are “useful” for them, come up with new approaches in management, and so on.

Today, the idea of spiritual development is substituted with religious faith – so cunningly that many people don’t see any difference between these two concepts and mix them up. This is already becoming dangerous not only for a particular person who does so, but for the humankind as a whole.

Recently I saw a book entitled “The History of Humankind” in an old book store. And for some reason I suddenly realized that the name the author had given to his writing wasn’t quite accurate. After all, such books in fact deserve names like “Stories of humankind”.

And here is why.

Every person, ever since his or her childhood, hears, reads, studies, observes, systematizes, summarizes, comprehends various… let’s call them “stories”. And it is the number of these “stories” systematized (perceived, summarized) that determines the place of a human being in the modern scientific society. I see it like this:

However, such “stories” are different:

From this point of view any human being who is systematizing (perceiving, summarizing) “stories”, in any sphere can be called a Doctor of Philosophy.

As for my personal “stories”, I have been summarizing them since my early childhood. What’s more, in 1973 a quantum jump occurred in my life, when I “absolutely accidentally” visited one of the very last lectures delivered by Wolf Messing. This speech was seared into my memory. It is from that moment on that I started “looking around” more closely.

Since 1978, I have visited almost all republics of the former USSR as well as many countries of the world (in Europe, Asia, Africa, North America). Being abroad during business trips and on vacation, I often met lots of interesting people who possessed unique knowledge, who independently studied and analyzed the vast experience accumulated by outstanding representatives of the Humankind.

Life not only asked questions, but also provided clues…

The first results of my reflections and researches were recorded on several media in 2007.

At that time, I got an aspiration to restore the initial meaning of such concepts as “hidden knowledge”, “parallel world”, “living”, “essence”, “being”, “spirits”, “body”, ”organism”, “spirit”, “soul” “Man”, “God”, “Supreme God”, “materialization”, “consciousness”, “subconsciousness”, “information”… and to help readers move to a new, higher level in understanding of the world order, i.e. look at oneself (a human being) from a different angle, because otherwise the life of human beings on the Earth can “lose its meaning”… And I started writng.

In 2011 году I read philosophic papers by Konstantin Tsiolkovsky for the first time, and they left a lasting impression upon me.  It resulted in creating the website www.tsiolkovsky.org, where more than 210 philosophic papers by Konstantin Tsiolkovsky were made available to the general public; a considerable share of these works were prepared for publishing and presented before reader audience for the first time ever. Tsiolkovsky himself noted that creation of his rocket science theory was only a complementary result, an addition to his philosophic works.

I am sure that the outstanding personality of Konstantin Tsiolkovsky deserves making philosophic works of this great Russian scientist and thinker publicly available, i.e. absolutely free of charge. For this purpose, all the philosophic works by this visionary were converted into PDF format, which enables readers to read them from any type of a personal computer or mobile device.

Much to my astonishment, I noticed that many of the phrases in my books’ and articles’ drafts looked pretty much the same as the phrases from the books by the great scientist and philosopher.

After much thought, I decided to put the ‘basic level’ of the information I had summarized in writing as a series of books (articles) named “The New Cosmic Philosophy”. This name came to my mind under the influence of  the philosophic papers by Konstantin Tsiolkovsky (“The Cosmic Philosophy” by Konstantin Tsiolkovsky) and research works by Nikola Tesla.

Since 2013, this series of books (articles) is being published on this site under the conventional name “The New Cosmic Philosophy” (Russian):

To view some of the books/articles in English, please move to “Archive of Works” section.

To view all books/articles in Russian, please move to “Архив трудов” section.

These books are the result of many years of my research; they are based both on personal experience (“stories” of my own) and on my analysis of works carried out by many prominent scientists as well as unrenowned researchers who contributed to studies of the fundamental principles of the Universe.

Very few special terms and formulas are used there. That’s done for purpose: people long for simple and clear words which have deep roots in the distant past, and therefore are understandable to almost everyone. People miss straightforward and well-defined words, which are not just theoretical fabrications but are inextricably linked with reality and have been tested by life.

“I am completely sure that when I finish this work, I will be dissatisfied with it and I will be minded to write a new one on the same subject,
which will be more comprehensive, more precise, more convincing”.
«The Living universe», K.Tsiolkovsky, 1923

«In my works I avoid mentioning other works of similar kind. But it absolutely does not mean that I value only works of my own and do not appreciate other toilers of science. Everything I write is certainly inspired by reading books and works by other authors. My conduct is caused not by egoism, not by excessive conceit, but by wish to smoothen things down for both myself and a reader by not piling up names and references. This is evidenced by the fact that I am ready to retract any claim of priority, whatever I wrote. Let everything be considered borrowings – no hard feelings on my part; and I even already do not recourse to patenting or claiming my priority. Even if I am the last among people of science, it does not offend me».

Despite the fact that I already want to make lots of corrections to almost all my books, I decided to leave everything as it is, so that the readers can follow the line of the author’s reasoning themselves.

I will try to tell inquisitive readers  what I have understood and managed to put into words, if I am allowed to do so.

I’m not a professional writer, so I’d like to ask my readers:

Don’t stick to the words – watch the line of thought…

Only time will tell whether I managed to convey my message.

May you be happy and healthy – as much as you venture to be!