The widespread use of computers boosts the modern technologies development. It is already impossible to communicate remotely, to create movies, to print books, to use many equipment and devices without using a PC.

This article is dedicated exactly to this subject.

Everything described by the author below will expect the humanity in the next 20-30 years … And this computer technologies miracle will be called “The Unified Computer System for the Earth.”

Some of the system units have already began to develop and popularly are called in a simple and non-intrusive way “THE CLOUD STORAGE“.

Today every PC or smartphone user keeps practically all his information “in the cloud”. PC users think that this “cloud” looks like this: 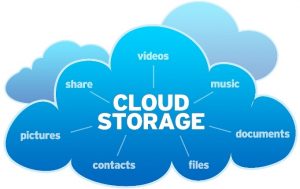 From a customer’s point of view, the so-called “cloud” is one very large virtual server. But in fact, PC users see neither a number of “cloud storages”, nor any inner structure of them. Physically, “cloud” servers can be located geographically remote from each other anywhere in the world.

Many users do not even know what do the terms “cloud” or “cloud data storage” mean, where is exactly this information, what is the principle of this information recording and readout, as well as the direction of this information from its multimedia device to the” Cloud “and vice versa. Nobody knows the answer to all these questions now. The reasons for it are not a bad schooling or a bad study at the institute, but:

Do you still believe that you know what the “cloud” or “cloud data storage” is and what is the working principle of your device with it? 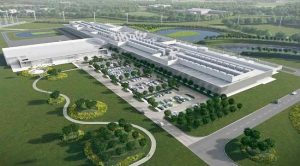 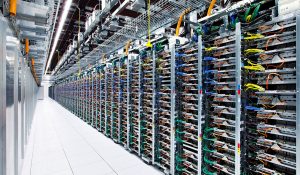 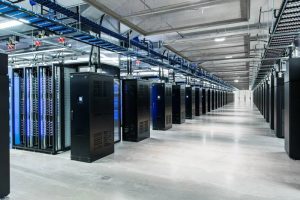 The cloud datacenters are starting to be built beyond the Arctic Circle to save on a server cooling.

The cloud datacenters are beginning to use geothermal, solar, wind, tidal energy to save on their servers’ energy supply.

Everything is much more serious.

The development of the global computer system is in full swing …

THE UNIFIED COMPUTER SYSTEM FOR THE EARTH

It is suggested elements of THE UNIFIED COMPUTER SYSTEM FOR THE EARTH:

The basic prerequisites for a system creation are:

The state of technology development shows that the basic prerequisites that are necessary for creation of the global computer system for the Earth will be realized by the mankind approximately within the next 15 years. The unification of both end devices and their operating systems (Microsoft Windows, Apple Mac OS, Apple iOS, Google Android, Linux …) is in full swing. The NSA (USA) has already set a time limit of all the data processed – “unlimited”. People often compare the word “unlimited” with “forever”. The free “cloud data storage device” has already exceed the demand. On the Earth’s orbit, there is satellites deployment the main task of which is 100% Earth planet coverage by the Internet access.

The basic principles of devices functioning at the first stage of their deployment:

The basic administration principles of the system being created:

The basic principles of the system development are:

This system provides user with such possibilities:

The brief description of basic principles for the further system development

All variety of end devices having access to the “Unified Global Computer System” is gradually being developed on the basis of so-called “programmed element” with the use of special programming languages. Foundation is already laid – it’s CRISPR / Cas9. The genome editing technology, known as CRISPR / Cas9, was developed in 2013, and just in a couple of years it revolutionized in the sphere of genetic engineering. The method is based on the molecular defense mechanism of bacteria; it makes possible to eliminate and to change DNA elements of any organisms right in the living cells with a high accuracy.

In the future, ” the operating system – the program” will be replaced by the “operating system – artificial intelligence”, which, like computer modules, will freely modify but under the control of its developers (creators).

There will be a great variety of end devices content. Flavor, olfaction, etc. are added to the content types existed (text, graphic, audio and video information). It allows to use and to examine all the receptors of a human body.

It will be possible to express taste of the food, smell of perfume, emotional state, different sensations through the networks …

Virtual Worlds will replace real Worlds for many people …

Operating system installation will be a kind of IMPLEMENTATION procedure, that is so much spoken, but a little believed. I would like to draw the readers’ attention to the fact that the IMPLEMENTATION procedure will be automatic one, on the basis of the previously created by Developers (Creators) “Unified Computer System for the Earth” algorithms. Obviously, you will need the help of a computer system administrator in system installation and setting.

That is, ” a Self” of any device is its operating system that user will utilize.

But user does not see the operating system itself, he can only become aware of its setup (installation) in the device. How can you perceive it? It’s very simple – in the form of device “functionality” “a user interface” will be used for. The interface will also be provided by the operating system … 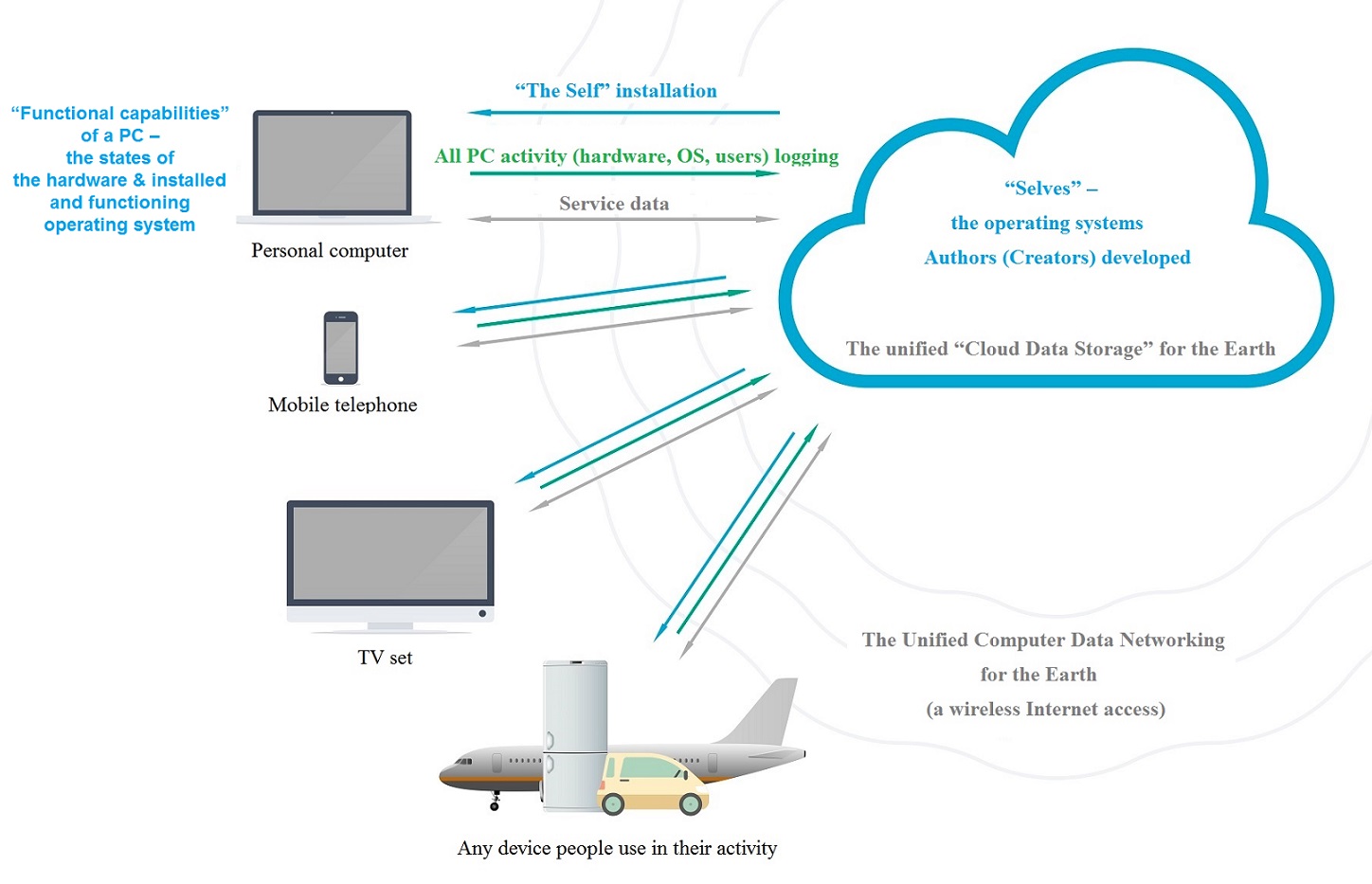 “The Self” of device is the operating system a certain author (creator) developed. It is intended for setup (installation) in device.

The device user perceives its “Self” only in the form of available “functionality” and when using it for “User Interface” that the device operating system created for him.

Object “Self” is the operating system a certain Author (Creator) developed. It is intended for setup (installation) in the object.

The object user perceives its “Self” only in the form of available “functionality” and when using it for “User Interface” that the object operating system created for him.

AUTHOR (CREATOR) is a person creates (develops) an object.

LIFE CYCLE is a time period from a person decision to create object and to the moment of its complete retirement.

OPERATING SYSTEM (ОS) is a complex of interrelated programs for control of computer resources and interaction with a user.

COMPUTERIZED is a characteristic of device having computer (calculator) and fulfilling precise sequence of operations (programs).

PROGRAM is a sequence of instructions defining the procedure for solving a particular task by a computerized device.

CLOUD COMPUTING is the information technology concept that implies the provision of ubiquitous and convenient network access on demand to a common pool of configurable computing resources.

CLOUD DATA STORAGE OR CLOUD is the online data storage that is distributed on numerous network servers’ customers can make use of.

CLOUD MEDIA is the file STORAGE of computer devices human beings use on the Earth planet. The synonym for it is “cloud data storage”.

ACCESS RIGHT is the set of actions (readout, recording, executing …) allowing for users.

USER is a person using device for his needs satisfaction.

USER ACCOUNT is a collection of user data that allows administrators to identify and to provide him with access to some information.

USER INTERFACE is a set of tools and methods helping user to work with a device.

To be continued… —> Philosophy of INCARNATION. Part #4. INCARNATION procedure. Introduction to “our” “Selves”