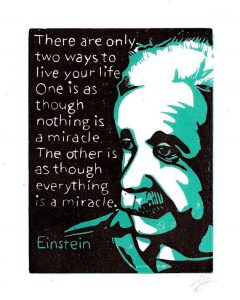 The MIRACLES can be different, they always exist in our life: scientific, technical, technological, medical miracles, seven wonders of the world, etc.

The modern technical facilities allow people to manifest “invisible” objects, processes and phenomena of “our” World. The examples of such facilities are ultrasound, X-ray, fluorography, tomography, etc. These devices work in wider ranges of the different physical quantities and we can manifest more and more miracles in our everyday life by using them.

Try to answer a question like could the following actions be considered as MIRACLES 100 years ago:

The author thinks that 100 years ago people could consider such a doctor to be a real miracle worker (miracle monger).

It turns out that it`s rather difficult to prove someone the existence of “miracles”.

It makes no sense.

Because all our perceptions are subjective.

Tricks are also “miracles”, since they contradict perceptions of the laws of nature of most audience in “our” World. As a result, people don`t understand all these tricks.