“There are forces stronger than “all existing”. So it goes! These are the forces that prevent you from thinking about unclear questions and puzzling them out. Don`t argue, maybe, it`s even good for the humankind prosperity. A close encounter with some things can be detrimental to people.

Just imagine that we would suddenly learn to turn substance into energy, that is, we would embody Einstein`s formula into reality beforehead. Then — taking into account the human morality — give up all hope, people will get their heads blown off. There would be hell on earth: people would have shown their pigeon mentality — no stone would be left upon another, even not to speak of people. The humankind would be destroyed! Remember, once we spoke about the end of the world. It is in the immediate vicinity of us, the only way out is the triumph of mind!

This was where prohibiting is needed — a stringent prohibition to investigate the structure of matter. On the other hand, prohibiting to study this area of physics will lead to the non-usage of a rocket, because it needs an atomic fuel. And the non-usage of a rocket means stop studying the space environment …  Everything is related. So, the progress is impossible without risk! But the humankind actually risks everything.”

“Thus, we divide the Worlds into frames. These frames are separated from each other by infinite times. It`s clear that these Worlds are beyond the reach, they are incomprehensible even for each other.”

“Now let`s discuss the past. It`s infinite as well as the future. Let`s imagine distant time that is in the decillion degree and is decillion years more than the current. At that time the particles (molecules) were simpler, the substance was less complex, less dense and more elastic. It was the structure of “the dead” celestial bodies and overwhelmingly lighter living organisms. Their bodies differed from the bodies of our animals by little and dispersed matter, precisely because of such structure they can be called immaterial, “spiritual” beings”.

“The future time has no limits. Throughout decillions of years, maybe even throughout decillions in the decillion degree years will be created such dense celestial bodies and beings that we, in comparison, can be easily taken to be material “spirits”, to be practically bodiless beings”.

“… The dense (future) and relatively incorporeal (present) beings can simultaneously live in the Universe, although their bodies also consist of matter, but of simpler, lighter (of present-day matter) and more elastic one.

Thus, the distant future will represent not two but lots of the beings` types living at the same time. Any of these types will be almost immaterial in comparison to all the subsequent and purely material in relation to all the previous beings. It will turn out that we are the lightest, the most “incorporeal” creatures from very dense matter as we think now.

It sheds light on the infinite future, on different distant times …”

“… This concept is relative. So, we will consider familiar animals as spiritual in relation to those that will appear in decillions of years, from the more complex and dense matter …”

Konstantin Tsiolkovsky
“Do Any Spirits Exist?”
1932

3. The hypothetic hierarchical model of the World`s (in the broadest sense of this word) objects 38

4.1. SPIRITS – the objects based on SPIRITS 55
4.2. SPIRITS – the objects of the SPIRITUAL World 57
4.3. The main difference between SPIRITS and other objects of “the material” World 58
4.4. What did the ancients know about SPRITES? 59
4.5. How do the modern scientists interpet the word SPIRIT? 59
4.6. SPIRITUALIZATION of “the material” World 60
4.7. The variety and hierarchy of SPIRITS 61

5. The guardians and mentors 62

10. The measurement of SPIRITUAL level 96

10.1. A fundamental danger of creating new technologies by the spiritless human beings 96
10.2. The hypothesis on principal possibility to measure the level of spirituality 98
10.3. The main principles of measurement 99
10.4. The importance of measuring A SPIRITUAL level for the future of the humankind 102
10.5. The main principle of the XXI century`s POWER 107 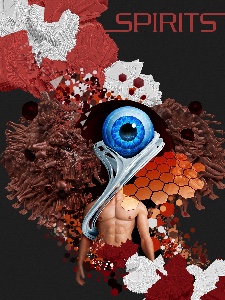