“During the 1970s people wrote a lot of the case of 12-year-old Elena Markard from West Berlin. After severe injury, she suddenly spoke fluent Italian after regaining consciousness, although before she didn’t know it at all. This girl remembered her Italian life and name – Rosetta Rostellani. She also recollected her own death at the age of 30. During a trip to Italy with scientists who were interested in this case, she immediately recognized and called by the name her elderly daughter.

There are lots of such cases, but in the 1940s David Pelendain mind-blowed all scientific world of the United States.

David was born and raised in Arizona. He was a son of a white missionary and Indian woman. As a child, being educated in the reservation for the Indians, he was behindhand in diligence – he was sent to a correctional school twice. During the Second World War, he happened to be in Europe as a soldier. Then German captivity, starvation, tortures … When the British soldiers liberated prisoners from the concentration camp, they found his body without any signs of life. Together with other dead bodies, it was sent for burial. But during identification, his body was found to be still alive …

Then he was hospitalized in Austria, the USA. He returned to consciousness only after 2.5 years and to the question who is he, the young man answered: “I am an artist, my name is Wassily Kandinsky”. It could be taken as nonsense, because the famous Russian artist W. Kandinsky died in Paris in 1944 at age 78.

But David Pelendain (his name was identified by his fingerprints) behaved oddly. A young man spoke fluent Russian, without any accent, as educated person, considering that he never knew this language before. Then he was consumed with desire to paint. In the hospital, he began to create pictures. When art experts saw his paintings, they unanimously asserted that they represent the style and the symbolism of Kandinsky.

Then David began to play the piano and arrange various compositions for the local orchestra. Later, with his six classes of education, Pelendain became a teacher of theology at the University of Denver.

His friends adviced him to visit a hypnotist. There is a real voice of Kandinsky with a clear Russian accent on the tape recorder where David told that the artist’s soul breathed life into his body died as a result of beatings and tortures.

In the 1990s, David Pelendain still lived in Albuquerque and, as the press reported, had his own art studio. The director of the New York Museum has a big collection of Kandinsky’s paintings and sticks to the point of view that the works of David are nothing more than creative heritage of Wassily Kandinsky.”

1. The PERSONALITY of a human being

2.1. The block diagram of an INDIVIDUAL creation
2.2. THE LIFECYCLE of individual
2.3. The free-will change of INDIVIDUALITY

3. The possible abnormalities during formation of the human beings’ PERSONALITIES 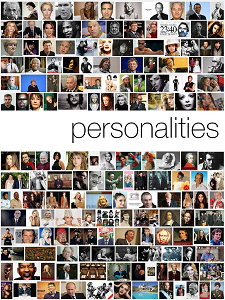