“If death was a good, the gods would not be immortal…”, Sapho 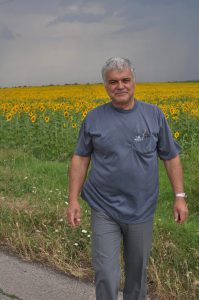 The idea of personal immortality arose in remote antiquity, later it came into play over and over again, above all in religion and also in philosophy and the natural sciences, it was discredited but again revived. Is it necessary to go back and consider this idea after its having been subjected to a detailed critical analysis1 from the dialectical materialistic point of view no so very long ago? Yes, it is necessary, and maybe now not so much from a negative position but rather to preserve some positive points in it, ones that may prove useful in giving meaning to certain concrete scientific results.

We can begin with the most general conceptions about the aging and death of living organisms. The elucidation of the nature of these phenomena is one of the fundamental tasks of general biology and gerontology. There is an impressive number of different ‘theories’ about aging and death, but actually most of them are of significance only for the historical study of the progress made in gaining knowledge in this area. They are built up on erroneous methodological foundations, considering the particular, the secondary phenomenon as the primary, the general, the leading one and they do not explain the general regularities of the phenomena in question2. The thesis that the processes of aging and death in the organisms are expedient biological phenomena bound up with the development of the species3 is widespread and has gained recognition. As A. B. Kogan pointed out, one of the fundamental inconsistencies arising in the development of life rise in the breach between the stability of the forms of self-regulation of living systems and the mutability of the environment. The resources of the environment being limited, inevitably the first step of evolution should be the emergence of mechanisms for changing the forms of self-regulation and self-restriction of the growth of liking systems. Thus an unceasing stream of life transforms itself in discrete cycles. Here it is a matter of the emergence of an ‘active’ supplementary regulatory mechanism which, at a define state of the ontogenesis enters into a struggle with the mechanisms safeguarding life and cuts short its course.4 In this manner aging and death ‘represent active destructive functions of the organism, phenomena of the biological expediency of the species5. It must, however be emphasized that life does not carry death in its primary nature, but in the secondary laws of evolutionary development under definite conditions.

It is natural that this notion of aging and death underlies the criticism leveled at the idea of the religious immortality of the soul, of worlds beyond the grave and so on, and substantiates the thesis that in aging and death there is nothing mystical and supernatural. As John Bernal notes: ‘Now we must accept death not as our mystic lot imposed as a punishment by a jealous god, but actually as an inheritance, ensuing from biochemical facts and processes…6, as the result of the fact that we have inherited bodies for which death is the normal end7. Some authors, however, go further and, carried away by their zealous endeavor to oppose the religious delusion to the bitter end, try fervently to convince their readers that, since death is a biological necessity, it is natural and acceptable both for animals and man, that man must be resigned to it and accept it as an inevitability.8 Such a position is going too far, does not reflect the things in their true light, is not heuristic and sounds unconvincing. A number of arguments can be brought against it. First, man is, of course, a biological organism, integral formation comprising within him both biological and social forms of movement of matter in a definite kind of subordination. The uniting of the biological and the social form of movement in man on an individual and social level is being realized on the basis and under the hegemony of the social form of movement9. At once the conjecture arises as to whether aging and death, which are self-regulation mechanisms on the level of the biological forms of movement, do not enter into contraindication with the phenomena of the social form of movement. Could it be that in man aging and death are turned into a phenomenon inexpedient for higher form of movement – for the social one? We cannot simply reject this conjecture; it must be examined in detail because there are a number of phenomena of similar inexpediency. Second, in spite of all exhortation and suggestion, people feel aging and death as a personal and social tragedy10. Of course, there are deviations from the general feeling, exceptions to the rule: those who are bed-ridden and tortured by severe illness or those who are fettered and wasting away in dungeons welcome death as an escape; the superannuated, who are isolated for a long time before their physical death from the community in which they live, face it with indifference and apathy; those who have dedicated their lives to some cause meet it with calmness and courageous firmness. The overwhelming majority of people, however, is afraid of death and strives to put off the fatal end. Unlike the whole vegetable and animal kingdom, people are endowed with the ability of being conscious of the surrounding reality and of themselves, have developed self-consciousness (their ‘Ego’). Perhaps that is why they react so violently to death. ‘To die is not terrible; what is terrible is not to live’ (Henri Barbusse), it is not the process of dying they fear, not the pain and agony, but the fact that they will vanish from this world for ever, that the flame of their “Ego” will die out for ever and ever. The verses of both ancient and modern poets sound sad and hopeless when they turn their minds to the unavoidable doom of the individual existence. Third, that which is a complete tragedy for the individual man as subject – his own organism, in spite of his jibbing at it – is a regressive moment also in social development. For the community aging and death mean the unceasing amortization and destruction of already well shaped, creatively developing personalities. It is well known that, once it has emerged, human society, developing historically, has no longer any need of genetic evolution; natural selection has lost its significance for man as a race and species forming factor11. This gives raise to immediate doubt as to the expediency of death as a mechanism for changing the forms of self-regulation in man, even it the pattern of the whole of society. Besides this, death leads to the destruction of the socially useful information that has accumulated and organized itself for many years in the brain of the individual. Naturally, knowledge and experience are handed down from one generation to another, but this manner of handing them on is not perfect and not uneventful, ever-growing difficulties arise12. It must be said that within the framework of our contemporary human society, with the established way of life, there would arise a number of unsolvable problems if aging and death did not exist – firs of all. There a crisis would arise in the form of overpopulation with all the things, which accompany it: shortage of fuel and electric power, hunger, environmental pollution, etc. But these problems should certainly not be tacked only on the basis of the notion of the non-existence of death. So that the analysis should be correct, it is also necessary to have a ‘model of immortality’ available, and then to draw our conclusions about the existence of definite crises and the possibility of overcoming them. In any case, the harm done by aging and death is obvious, while the usefulness of these phenomena in man is very doubtful, particularly if we weigh up their value for the future. And fourth, science, in particular anthropology, cybernetics, philosophy in the epoch of the techno-scientific revolution, has arrived at concepts, ideas, which allow it to turn again, already suitably equipped, to the problem of the limited individual existence and the development of man. The new ideas and facts require, on the one hand, that the proper meanings should be given to them and, on the other hand, they make it possible to build up a new approach to the personal immortality of man. This makes it necessary to reexamine our old positions in respect to this question.