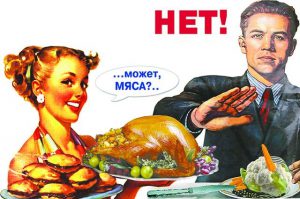 I remember the words of my mother ever since I was little. She was a doctor and said if a seriously ill patient asks for a meat, then the illness comes to an end and the patient is going to do well. The desire of a seriously ill patient to eat a meat always was a signal that unequivocally claimed — the patient’s body is making progress, i.e. it is coming through an illness …

But in recent years the majority have become engrossed in vegetarianism, veganism, raw foodism, inedia, etc. Many people refuse a meat … Some people have already gnawed stools, lightbulbs, razor blades …

What is it? Fashion? The way to extinction of the humankind? What are the reasons to suffer? Many people explain their actions by a wide variety of motives: ethical, medical, religious, economic ones, etc.

I’ll try to answer these questions, because I haven’t found an acceptable answer on the Web yet.

The modern humankind, in its essence, is very heterogeneous and nutrition of people living in different parts of the planet, i.e. in different climatic conditions greatly differs from one another and if these groups of people exchange places of their living, they couldn’t even survive …

Look at people living on the shores of the Arctic Ocean, they eat raw fish and drink seal oil. Look at people who live in northern Africa, they eat acute food with a lot of camel and lamb oil (in Europe, human stomach stops functioning properly in a day or two). This list can be endless …

Of course, people have the right to experiment on their material bodies and eat whatever they want.

The representatives of the modern humankind are constantly trying something new: now they’re drinking only water, now trying to eat only plant food, then using only solar energy, then start eating insects only, etc. … The material bodies of people — like self-organizing objects — begin to adapt to all new forms of food. But in order to complete the process of adjusting the body to new types of nutrition, our material bodies need to evolve, and many future generations will be involved in this process. In the meantime, the experimentalists and their children will get sick and suffer … from indigestion and improper functioning of many elements (proteins, fats, carbohydrates, vitamins, minerals and micro elements) in their bodies that are necessary to support the vital functions of the material bodies. 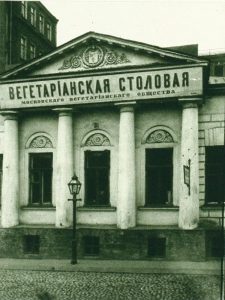 Mother Nature (the functioning algorithms of material bodies, the environment, the Universe, God) is interested in the widest food variety for people whose material bodies are able to take anything. But it’s impossible to create a perfect digestive system for swallowing metal and plastic, plants, meat, etc. It isn’t possible yet. But food diversity can greatly impact on the survival of all humankind in the future (the fall of meteorites and asteroids, volcanic eruptions, changes in the magnetic field of the planet …).

In the near future, people will be able to create the human material bodies with ability to digest anything. They’ll also create new genetically modified material bodies on the basis of genetic engineering … But the real situation looks a bit different until such creations aren’t available for a daily use.

The modern humankind should experiment with nutrition to survive in the future. So, the essential functioning algorithms of our material bodies are initially programmed to maintain similar experiments on food diversity as much as possible in principle … and they will contribute to such experiments in the future …

Maybe the earth “meaning of life” of all experimentalists — vegans, vegetarians, rawatarians, etc. — consists in creation of the material bodies with ability to digest something unique.

My tricky questions for vegans and vegetarians: 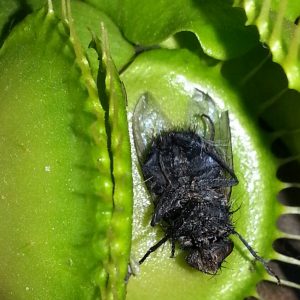 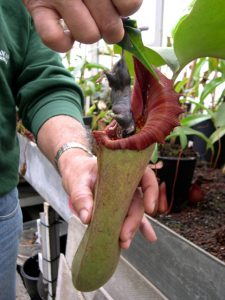 MEAL (FOOD) is any object consisting of a substance, which plays part of digestion and have ability to produce different ingredients (proteins, fats, carbohydrates, vitamins, minerals and micro elements, etc.) in order to sustain the vital functions of the material body of the being.

DIGESTION is a physiological process in the body of a creature, which ensures the digestion of food and its assimilation by the cells.

VEGETARIANISM is a food ration that includes vegetables and dairy products but no meat at all.

VEGANITY is the strictest form of vegetarianism excluding any animal products. People who follow the principles of veganism are usually called vegans. VEGANS refrain from all animal products: meat, fish, eggs, milk (except for breastfeeding of infants), dairy products and honey. Besides, they usually don’t use fur skin, leather, silk and animal fur. As a rule, vegans demonstrate against animal experiments and against using them in the entertainment industry. 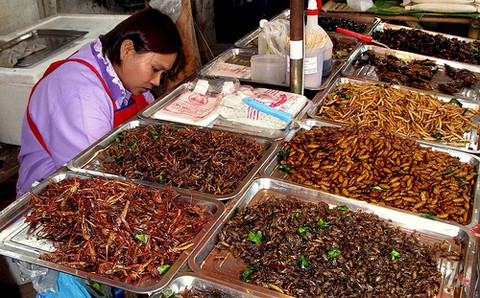 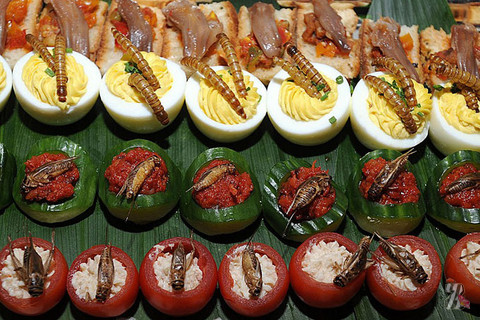 Nature is experimenting with jumped-ups, e.g. those who jump out of the standard behavior. Often, experiments fail. People with the new potential for the humankind go into convent, commit suicide or fall into the hands of our doctors who quickly bring them into a state similar to all others …

But there are other variants, actually…