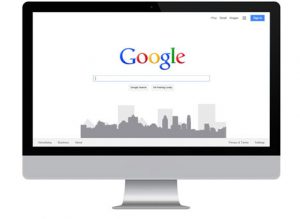 Developers of the largest Internet search engines have joined the quest for ‘relevance of search results’, which is the main parameter for modern researchers to evaluate the quality of their work.

Relevance (from Latin relevo — to pick up, to ease) in terms of information search is a semantic compatibility of a search query with a document received. In the broadest sense, ‘adequacy’ is one of the most appropriate synonym for ‘relevance’, that is, an evaluation not only of the compatibility, but also of the result practicality.

Let`s look at this situation from another “point of view”, analyzing the work of Konstantin Tsiolkovsky “A contingent truth” , which was written in 1932, where he wrote:

“There is no real (absolute) truth, because real truth must base on a full understanding of space. But there is no full understanding now and such will never be reached. The science is on the upswing, scientists are constantly rejecting or asserting something old and discovering some new information. The science changes every decade. Decades don`t deny information but change it or its content by deleting something old or adding something new. Such processes are endless, because the development of centuries and the brain building are also endless as well.

So, the truth can be only of three types: contingent, temporary and changeable.

Religious people count their dogmata the truth. But can any religion be the truth? There are thousands of religions. They contradict each other, and science very often denies them, that`s why religions cannot be considered even as a contingent truth. Political beliefs also more or less disagree. Therefore, we will say the same about them. Philosophical meditations have created worldviews. Due to many disputes over these philosophical meditations, they are perceived as personal opinions. Some philosophers used only accurate scientific knowledge for their conclusions, but their conclusions are beneath a contingent truth, since they aren`t mutually agreed. Finally, every individual understands the truth in his/her own way. Many people, many truths. What kind of truth is it!

However, we must decide what is a contingent truth for us. Philosophers, sages and scientists, of course, contribute to the distribution of knowledge about the universe and therefore, improve people`s idea about a contingent truth.

The human being acquires personal truth in different ways and considers it to be the best one, the most faithful and the fairest. On the average, this is the lowest kind of a contingent truth. It changes with an age and a human cognition.”

Information search of the search engine is based on the array of information it has systematized, and represents the thoughts of the human beings` PERSONALITIES that are fixed on various information carriers on the Internet.

It turns out that search engines dig for information only in the array of PERSONAL information of the human beings, which is initially subjective, i.e. it has nothing to do with such notion as TRUE!

What relevance (correspondence) of the ‘request-response’ system we are talking about?

What is the criterion for search engine`s determination 100% relevance of the response?

Every developer of the search engine must understand that to many questions there is no 100% relevant response. But developers of the search engines` algorithms are keen-set for 100% relevance of the search result. For instance, they would assert that the question “What is 2 times 2?” has only one response with 100% relevance that is “Four”. I have to disappoint them. Even at the world famous ‘Privoz’ (Eng. market place) bazaar in Odessa, everyone knows that ‘the only true’ answer to this question depends a lot on whether a person (an asker) buys or sells anything. In one case, the relevant answer will be a bit more than four, in another case — a shade less than four. Yes, this is a joke, but it shows a real, rather difficult situation connecting with the ‘relevance of search results’ from Google, Yandex, Bing, Yahoo and other similar systems.

That`s why many researchers know that the link to information they need can be on 100+ page, and the first pages of ‘relevant response’ will contain the references to unnecessary and useless information they cannot make use of.

The mental experiment №1. Imagine that the authors of the search engine (its Creators, developers) have created the unified search engine for the Earth with – from their subjective ‘point of view’ – 100% relevance of search results. So, the response will also be subjective, since they developed its algorithms …

We ask the search engine a test question like “How to correctly tie a necktie?” and get a lot of ‘relevant’ answers with information about different tie-knots. But in Libya during the reign of Muammar Gaddafi wearing ties was generally prohibited, so the correct answer for the citizens of Libya at that time would have sounded like this: “It`s prohibited to tie a necktie, and it isn`t allowed to wear at all!” So, it turns out that the search query doesn`t give a unified 100% relevant response. Every inhabitant has his own relevant answer that depends on resident country, religion, age, education, marriage status, health, sexual orientation and many other similar parameters.

The mental experiment №2. If scientists from every corner of the world confirm a theory that all patients who died of cancer always ate cucumbers and will designate cucumbers as the main culprit (cause) of this disease, having written million pages of researches that will fill all the Internet, then the ‘relevant response’ will be apt. For this case, can you predict a relevant response for the question like “How to cure from cancer …?”

The mental experiment №3. The most awful variant of 100% relevant response is ‘one question —  one answer!’ Such relevance will lead the humankind to degeneration.

Conclusions: One must urgently change the principle of algorithms for the ‘relevant search results’. And the sooner the better …