“Actually, a material substance doesn’t create the same substance. Substance and energy as human brain perceives are permanent in the Universe (the adverse opinion has not been experimentally proven). If such happened, then there must be more serious reason for it. But if science discovers it in the universe, then the creation of the world will be understandable without a prime cause. However, the existence of such, and not of any other world, will never be understood. One can also imagine another universe with different characteristics, laws, distribution of material substance, another mind, another life, and so on. Here we are trapped and cannot resolutely get rid of the idea of a prime cause of space.”

“Maybe Christian teaching about God’s triality is based on this philosophy. The prime cause is God the Father. He creates sons of God and they create the truth or heavenly spirit of the truth.”

“The prime cause creates space, and space — higher, smart creatures and one supreme among them.”

“Step forward is only in gaps of our knowledge. It’s strange to think that the material World is limited by the things we know. There are gases, liquids, solid bodies with diverse characteristics and densities.  There are a lot of smart creatures with another structure, which differs from the earth one and consists of another material substances.”

“The world is majestic and endless only for a human being and other creatures of space, but for the prime cause it can be small, insignificant and elementary. Maybe the entire cosmos is only a slight dream for it, remains of clothes, a whiff. A rotten watermelon is the entire universe for bacterium, a glass of water is the same for infusorium, for a primitive man — Earth, for the enlightened —  the whole universe with billions of blazing suns and trillions of planets and creatures living there. All that is also nothing for the prime cause …”

1. Introduction 4
2. The hierarchy structure of the Universe according to color differences of objects, which are manifested by psychics 7
3. White LIGHT or PRIME CAUSE is inside every cell of ourselves 11
4. The hypothesis about location of a light range which reflects in a “white” color on the scale of electromagnetic oscillations 16
5. The main parameters of LIGHT 19 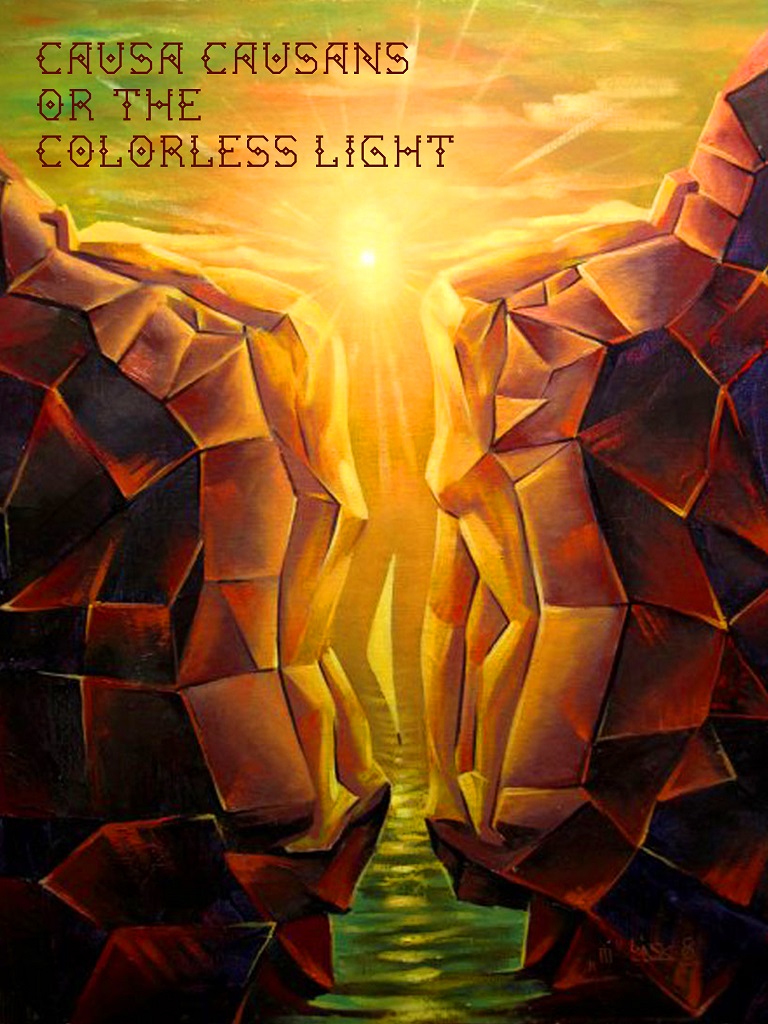