“Matter of the outside world flows through my body like water along the coast. Now I feel that matter iniside me. But there will be other inhabitants in my body within few days or months – there is another matter of inorganic world, of animals and other people. It lived and felt in another way that differs from the life of inhabitant of my body. By contrast, matter inside me roams about the world and experiences unique life: life of minerals, water and air, life of animals, human being or higher creatures. It`s hard to believe, but it is true: some time ago or even few seconds ago my matter could be inside another creature. And in a matter of seconds or years it will leave the body and will have other feelings. We know nothing and can only guess at it. Our body informs us only about its own state, its past and future, but not about its inhabitants. They always change like citizens of the state. The notice refers to current inhabitants. No one organism is adapted for informing about its guests, i.e. about the atoms of matter. This scope of matter lives and feels inside the animal for a short period of time and many times leaves its body before destroying. Hovewer, there are the parts in organism, which exist all life long. Maybe these are bones, brain liquids (in the brain ventricles) that have no need to change. If it is so, then such animals feel one and the same matter during their life cycles: inhabitants are also the same. In any case, animals are possible in theory, but they have no benefit. We wrote about them earlier (from 1895).”
Konstantin Tsiolkovsky
“Longevity”
March 12, 1934

“Every given mass of matter roams throughout the universe, gradually taking all forms of organic and inorganic existence. It is a stone now, then the water, a plant, an animal, or a higher creature (for example, a human being). The life has always been and will be in future as well.”
Konstantin Tsiolkovsky
“The Highest Truth”
August 27, 1934

“Atom falls on suns, planets, their centers, all celestial bodies, ethereal environment, other galaxies, animals, plants, higher beings, etc. as a result of its known and never-ending movement (or it`s more correct to say of matter movement). Inside inorganic bodies it is similar to a wanderer who is blearily roaming in the endless dreary wild without any emotions. He is nonentity here. The bodies of animals are like various hotels for it. It becomes entity and experiences feelings of animals.”
Konstantin Tsiolkovsky
“The Laws of Life”
1929

“Every particle of matter represents the element of space and lives the life of the universe … Matter is continuously moving… today atom is on the Earth, tomorrow is on the sun, and the day after is on some Venus or any other planet of the solar system. It also can be the parts of planetary beings, or organisms living somewhere in the sunbeams, without a planet, or with company of their kind – in special dwellings or even without them. It is idea of the science dealing with nature.”
Konstantin Tsiolkovsky
“A Living Universe”
1923

“What do we see in a cosmic space? — Only its cycle, its transformation. A dead matter turns into organic (the birth of animal, a tree growth), and alive matter — into a dead one. Both of them consist of the same elements. Both of them include the same atoms: oxygen, hydrogen, nitrogen, carbon, metals and other (92) simple bodies. These elements are able to modify other elements, but it is more time-consuming process. But there is enough time in nature. One and the same mechanical, physical and chemical processes take place in both alive and unalive matter. Their laws are never and nowhere violated.”
Konstantin Tsiolkovsky
“The Purpose to Work”
November 29, 1930

“So, life of matter consists of conventional imperceivable non-existence, life inside imperfect and higher creatures. The first life doesn`t exist, actually, the second one is very rare phenomenon, and the third one is predominant. That`s why there is no perfect life.”
Konstantin Tsiolkovsky
“Rights and Duties of a Human Being”
May 29, 1933

“The inorganic substance of every celestial body getting cooled from the surface, emanates a continuous flow of life, a flow of conscious or unconscious beings.  Theoretically, this flow is infinite. Its abundance (intensity) and length depend on the nutritional conditions. Every celestial body becomes alive in appropriate conditions and into a dead planet it turns under unfavourable conditions. So, the universe, mathematically, is all alive, it doesn`t differ from the animal in usual sense.”
Konstantin Tsiolkovsky
“Space is the Animal”
1932

9. THE RESEARCHERS` CONSIDERATIONS ABOUT LIFE 48

12. LIVELINESS AND ITS MEASURING AMONG OBJECTS 64
13. THE INTERCONNECTION OF ALL OBJECTS IN THE UNIVERSE 67
14. AUTHORS – MYKOLA KRASNOSTUP & CO 69 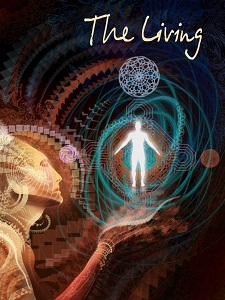