“Spirit is immortal, eternal, unchangeable, initially (in the bud) sensitive, because it is an atom, beginning of matter with these particular properties. There is no matter without inborn ability to live.”

“The life of spirit (ideal atom) now is poor, now is singularly impressionable, now is complicated, now is simple, depending on a place of its living: the body of snail, infusoria, elephant, or a human being. Its life can be compared to the life of immortal (an atom or its parts are never-dying), but infinitely inactive (lacking in initiative but sensitive) being that wanders from hostel to hostel, from palace to shack, from the modest house to the luxurious banquet hall, from monastery with strict rules to bawdy house. Depending on a place of living, now it`s poor, now is rich; then is strict, then is promiscuous; then is happy, then is sad; then is clever, then is stupid; now it`s a man of letters, now is ignoramus; then is mentally alert, then is unconscious; then is retentive, then is completely forgetful. There is no past as well as no future for it in the primitive state. Sometimes it lives more in the past and future than in the present. (For example, an old man lives more in the past, a child and animal — in the present, a young person — in the present and future).”

“But at the lower boundaries of the living, we see very complex matter only, this substance is complex in terms of chemistry. Less complex bodies come next to the complex ones, even such a human being creates now from the mineral substances. Then come simle bodies. But they are divided into the parts of one nature, one beginning, which we called spirit of matter (entity, beginning, substance, ideal atom).

Thus, all the living and the so-called nonliving have one beginning, one spirit, and therefore, one common property: ability to heal, appear any time under favourable conditions to live a rich psychical life. It is subjected not only to the Earth, but to all other planets and suns. Their matter is also potentially alive as well as the Earth`s matter. Everything in the entire Universe must have inborn ability to live. I rest on science, on the idea of Earth and Sky unity.”

“A human or even a higher being reflects the Universe in incomplete, but proper way. Such a combination of spirits is very complex and a single-control state of spirits. But this combination is the most passive and the least stable at the same time. However, this stability can be longer. It`s vague and depends a lot on the mechanism of combination. The republic existence and stability depend on the laws of the land as well as animal life depends on perfection of its structure. The government can have such a permenant mechanism that will help to rule over all other organizations. In the same way a shrewd animal can dominate over all other types of animals.”

K. Tsiolkovsky
“The Citizens of the Universe”>
1933

“Calm and nonentity prevail in inorganic nature, although such things cannot be there in mathematical (i.e. strict) sense: an atom represents one stage of the primitive life.”

“… the entire world is a complex of immortal imperishable spirits (atoms). There is nothing except them. The properties of matter represent result of their combination and interaction.”

2. Elementary and fundamental objects of the Universe 10 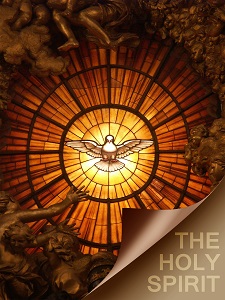